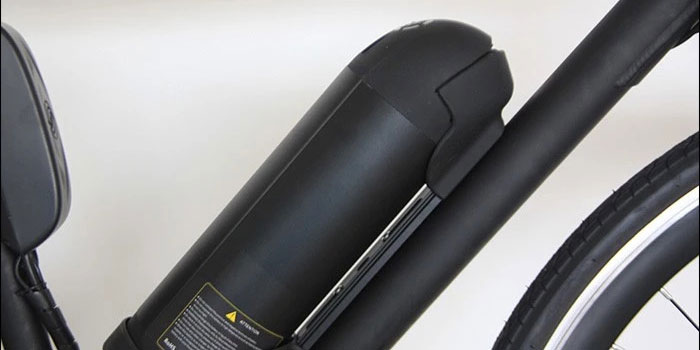 Lithium battery is a kind of rechargeable battery. It has characteristics like high energy density, high current charge and discharge, no memory effect and low cost of raw materials.

What¡¯s more, it is environment-friendly. So it is highly favored ever since it is produced. Since it came out in the 1990s, it has been used in electronic products like button batteries, mobile phones and DC digital products. It is also used in electric bicycles. But the cost of lithium-ion battery accounts for one-third to one-half of the cost of electric vehicles, which is far greater than the proportion of lead-acid battery in the whole vehicles. Moreover, due to the high specific energy and poor material stability, lithium batteries are prone to safety problems. With the development of technology, mature lithium-ion batteries will become the choice of high-quality electric vehicles.

Proper use of battery.

When the batteries are used in series, the internal resistance of each battery cell should be the same. Or the terminal voltage of the batteries varies when charging and discharging. which will eventually lead to the failure of the whole set of batteries because of lower charging. Therefore, the balance consistency of the battery pack has a considerable impact on the life of the electric bicycle battery. For consumers, how to use it also has a certain impact on the life of a new battery. According to our years of researches and use of batteries, here are some tips for you:

Riding distance: 10-30km /day, discharge depth less than or equal to 70% (full charge and discharge once every 2 months)

The service life and performance of qualified battery for electric bicycle depend on the use and maintenance of consumers to some extent.

The battery used for electric bicycle is damaged by charging, not by using. So it is important of matching charger and battery. There are two cases: one is that the new charger does not match the parameters provided by battery manufacturer; the other is that the quality of the charger components is poor. At the beginning, it is still matched. As time goes on, the components are aging as the temperature continue rises , resulting to unstable charging voltage and conversion current, then the battery is damaged.

Charge regularly and in time

Some consumers usually have a misunderstanding about the nominal cycle life in the user’s manual. They think that once the battery is charged, the life of the battery will be reduced once.They won¡¯t charge until it reaches the controller protection voltage of 31.5V. However, it can’t protect the battery, but shorten its life. So please remember to charge the battery timely if possible.

It is forbidden to continue riding when the indicator light shows out of power. You should not continue riding even if it can go after taking a short rest. It does great harm to the battery.

It¡¯s better to use our feet or pedal assist when electric vehicles are just starting, climbing or overloading.