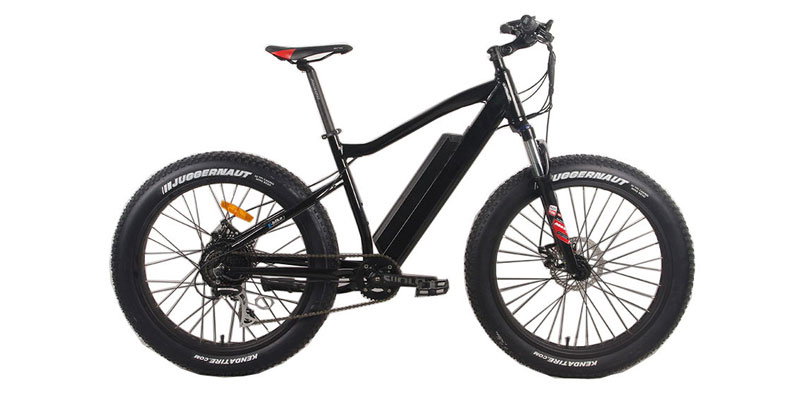 The idea of electric bike classes was first mentioned in Europe then extensively applied in America.?By the time?we have known that e-MTB of speed less than 32km/h is included into Class 1 e-MTB in America.?We explained the classification methods at How electric bicycles are classified in Europe and America. Besides the classifications of electric bikes, how the public treat different e-bike varieties? Are they share the same trail system with the traditional bikes? We will share these questions in this post.

1. How to know the road use rules and regulations?

A large variety of trails for hiking, biking, or multi-use spread in state, federal and conservation type area. There are different use rules in using these trails, for example, motorized vehicles are not allowed on multi use state park trails. So, what are the road rules for electric bikes? And which trails are allowed to ride electric MTB bikes?

2. Whether e-bikes are accept by traditional cyclists?

These?new motorized bikes weren¡¯t totally accepted in the outdoor world. The traditional cyclists thought that it is a cheat by the assistance of motors. The hiker complained that hiking paths are ruined by these motor bikes. Conservationists were convinced that they play a big role in ¡°trail destruction¡±. The electric bike riders would be excluded if breaking the circle¡¯s rules on how to share the path. For the considerations of environmental impacts of electric mountain bikes, the local laws should re-define bike trails construction standards. It came to be a disputed issue for outdoor sports people, more or less blocked in popularizing of the electric bikes.

The government and public has accepted Class 1, pedal assisted e-MTBs on non-motorized trails, these low speed motorized bikes are seemed equivalent to the traditional bikes, they are allowed to use the bike trail system. But for the class 2, class 3, there are lots of advices and debates, and the rules vary from state to state.

3. Is it safe to ride a high-speed electric bike?

The class 1, class 2, class 3 electric bicycles are defined as low speed motorized bikes, with an electric motor of less than 750 watts, class 1 and class 2 bikes have a max speed of 32km/h. They may be qualified and standardized in manufacturers. But it¡¯s easy to modify, and many skillful e-bikers will modify their bike to turn it into a higher watts (exceed 750 watts) roosting trail-destroyer that are absolutely different from a Class 1 e-MTB.

Cyclists pursuing riding speed will never give up to change bike motor of higher watts. Most e-bike manufacturers and stores can offer customized products for market demands. Riding in high speed may disturb the public transportation rules, and increase the difficulty of related bicycle legislation. What riders need to do are to grow their self-awareness to stop injuring themselves and others when riding high-speed electric motor bikes, riders should obey all traffic laws as if riding a motorcycle.?A useful way is to?mount a built-in display showing riding speed, which?can remind riders?to control the speed.

PrevPreviousHow Are Electric Bicycles Classified in Europe and America?
NextTips to check and maintain mechanical failure of electric bikeNext